Call for Applications for one doctoral and two post-doctoral positions advertized in connection with my ERC-supported research project Women’s labour activism in Eastern Europe and transnationally, from the age of empires to the late 20th century ( ZARAH ) .

Project Description
ZARAH explores the history of women’s labour activism and organizing to improve labour conditions and life circumstances of lower and working class women and their communities—moving these women from the margins of labour, gender, and European history to the centre of historical study.
ZARAH’s research rationale is rooted in the interest in the interaction of gender, class, and other dimensions of difference (e.g. ethnicity and religion) as forces that shaped women’s activism. It addresses the gender bias in labour history, the class bias in gender history, and the regional bias in European history. ZARAH conceives of women’s labour activism as emerging from the confluence of local, nation-wide, border-crossing and international initiatives, interactions and networking. It studies this activism in the Austro-Hungarian and Ottoman Empires, the post-imperial nation states, and during the Cold War and the years thereafter. Employing a long-term and trans-regional perspective, ZARAH highlights how a history of numerous social upheavals, and changing borders and political systems shaped the agency of the women studied, and examines their contribution to the struggle for socio-economic inclusion and the making of gender-, labour-, and social policies.
ZARAH comprises, in addition to the PI, an international group of post-doctoral and doctoral researchers at CEU, distinguished by their excellent command of the history and languages of the region. ZARAH consists of a web of component and collaborative studies, which include all relevant groups of activists and activisms, span the whole region, and cover the period between the 1880s and the 1990s. It will generate key research resources that are available to all students and scholars.
The positions advertised now each include, in addition to the collaborative work, a focus on one component study. The component studies involve a focus on both a specific region and related trans- and international connections and organizing. 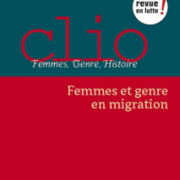