Genesis, the Journal of the Italian Association of Women Historians, invites contributions for a
forthcoming issue on total mobilization in European societies during the First World War.
The issue aims to discuss women’s participation to the Great War, and its long-term consequences
in relation to processes of nationalization, politicization and modernization, in a transnational
perspective. Participation is understood both as involvement, direct and indirect, and as resistance,
active and passive.
International historiography has long investigated the qualitative and quantitative aspects of
women’s participation in the war and in the workforce (both as paid and voluntary workers) during
and after the war. Studies have focused on the organization of civil mobilization (and its role in
linking battle-front and home front), on gender relations in the labour market, on the forms of
opposition to the conflict that contributed to create new forms of welfare, on the activities, the
divisions and contradictions of the feminist movement and among women’s associations.
We encourage the submission of papers based on the comparison between different national
contexts, aimed to investigate the time and manner in which total mobilization involved “ordinary”
women belonging to the middle and working classes, as well as women of peasant and artisan
origin.
We intend to focus on how these social segments related to and reacted to the demands, the
pressures, the propaganda, the works of the institutions, enterprises and civil society organizations
in various states and at different stages of the war. We intend to analyse the transmission and
manipulation of ideas and practices, forms of resistance, gender power asymmetries and the
repercussions of these processes on social, family and generational relationships as well as in the
workplace, in the public sphere, in daily and private life.
In this view, we are especially interested in papers addressing the following issues:
• The leading role of women in the war mobilization and in opposition to the war;
• Training for new jobs, functions and professions, in the context of the reorganization of the
relationship between the productive and reproductive sphere brought about by total
mobilization, the compression of consumption, and social crises;
• Work and assistance as places of social, gender and geographical mixing, but also as places
where cultures, customs and languages met and clashed; forms of protest and solidarity
taking place in spaces of conflict and social union, at work, in the markets and squares;
• The economic activities and social policies that involved people in occupied territories;
• The transformations experienced by families in the cities and in the countryside, near and far
from the front, throughout the war and at the time of veterans’ return;
• The impact of the conflict on the education of people (teenagers and girls) born in the early
years of the Twentieth century, who lived the war as daughters of mobilized military or
civilians.

Proposals must contain an abstract (no more than 300 words) and a short CV and must be emailed
by May 15, 2015 to the editors: Roberto Bianchi roberto.bianchi(at)unifi.it and Monica Pacini
monicapacini(at)libero.it. They will communicate by May 30, 2015 if the proposals submitted have
or have not been selected for possible publication. Articles based on the selected proposals (no more
than 50.000 characters including spaces and footnotes) must be submitted by September 30, 2015
and will then undergo a double blind referee process.
Texts in Italian, English and French will be considered for publication.

EPWS Interview of the month 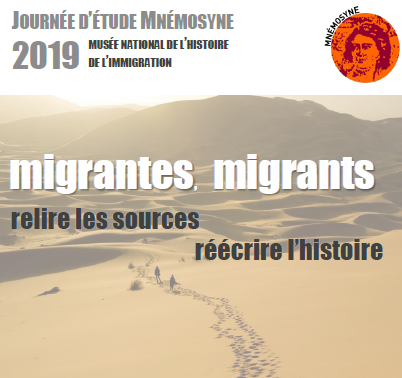